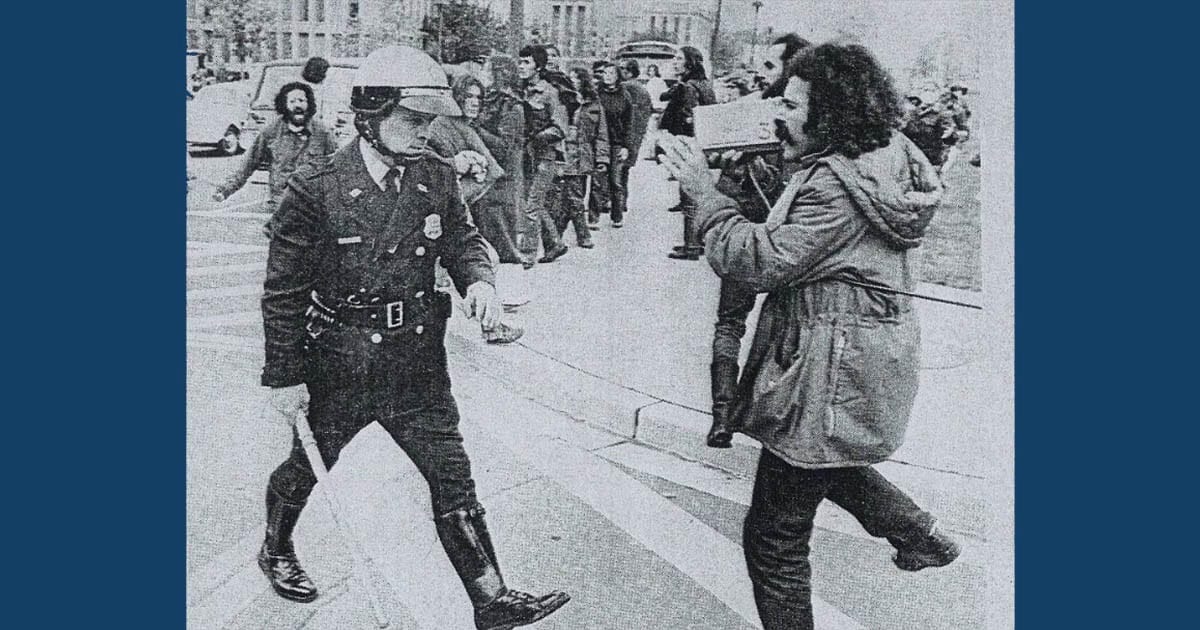 May 1st is celebrated throughout the world as a traditional springtime festival and an international day honoring workers. However, in the days before and after May Day 1971, 50,000+ protesters from around the country flooded Washington DC for massive non-violent action against the Vietnam War.  The Mayday slogan:  If the government won’t stop the war, we’ll stop the government!

Feel the fervor of 1970s utopian activism at this special 50th anniversary film screening of May Day 1971 Raw featuring behind-the-scenes footage from two weeks of large-scale civil disobedience that aimed to shut down the federal government and Washington DC resulting in more than 12,000 arrests, the largest mass arrest event in US history.  Hear directly from those who participated including the filmmakers, local Vermont residents and Goddard alums.  Learn about the legacy of the protests credited by some for reshaping the nature of protest in the United States and informing feminist and LGBT movements.

The event is finished.